Select checkboxes from the left navigation to add pages to your PDF.

Pages that are descendants of your selections are automatically included in the PDF.

Metallic has extensive support for Kubernetes applications, distributions, and storage: 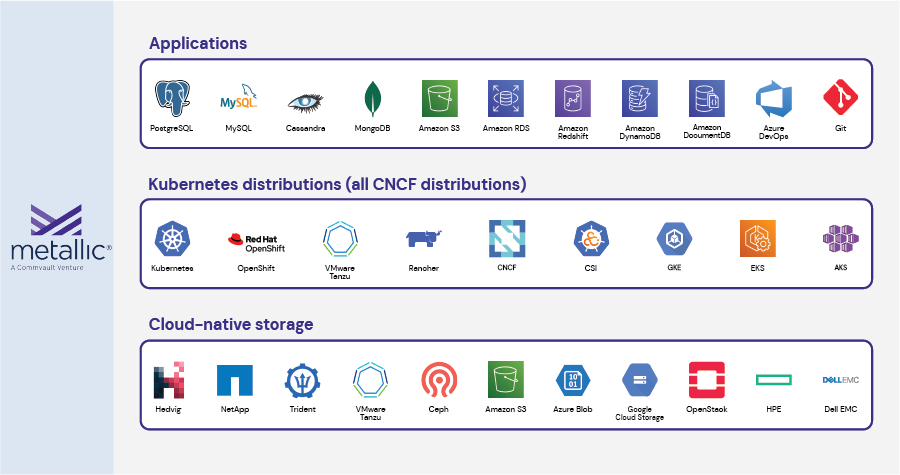 With the following Metallic features, you have the flexibility to use the Kubernetes distribution and deployment locations that are best for your organization and to scale and adjust technology and environments over time:

Data You Can Back Up

Data You Cannot Back Up

Backups You Can Perform

Restores You Can Perform

Destinations You Can Back Up To

Your PDF is being created and will be ready soon.

Please remain on this page and the link to your PDF will appear shortly.